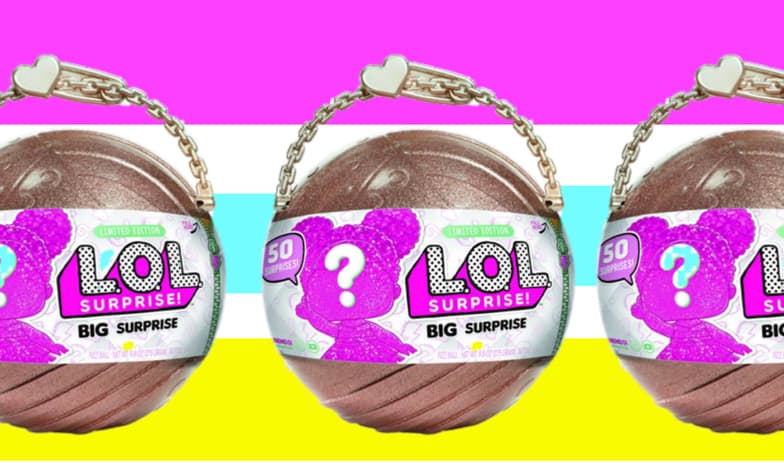 This one tops my list of the most overrated toys because your money would be better spent buying an assortment of smaller LOL Surprise Dolls. First of all, it’s mostly junk and you don’t really get that much bang for your buck, and second of all – it’s likely your kids already knew what was inside from watching Youtube. But, it was one of the hot toys, so I’m glad I snagged it for 25% off at Chapters. The third reason it’s overrated? Those charm fizzes are horridly messy – If you haven’t yet added the big surprise to your collection, skip this one and go for the smaller versions, like the confetti pop or glitter series dolls.

Remember the tamigotchi of your childhood? Cut it in half like the size (and coolness) of the McDonalds happy meal toys and you’ve got this limited-release item that’s not going to be near as cool as you remember it being.

Okay, there’s a trend here of toys that you remembering being really-cool and you buy them for your kids, and they’re not so awesome. We’re adding the classic lite brite to this list because of the fact that it didn’t come with very many templates and it held our kids attention for exactly twenty-one minutes, tops.

Okay, maybe the kids are still playing with these – but I don’t think it’s going to last very long. I’m still not sure what they do, but I do know that they’re one of the most annoying little toys that we opened around the Christmas tree this morning – especially when our five year old insisted it join us for dinner.

We bought this one before Christmas and ended up opening it early because we were spending Christmas out of town, and the box was huge. Designed for toddlers, we used it for our twelve month old. The idea is fun, in theory but it’s small enough for them to push around the house, my first issue, so it never stays in one place, and it includes many tiny pieces that get lost. I would much prefer to have the pieces attached, or better storage than the random drawer – because to be honest I haven’t seen the pieces of the taco or burger in at least a month since they’ve been lost in the abyss of the downstairs toy basket. There are much better toddler toys; in our opinion, skip this one.

What toys made it under your tree that you felt were super overrated this year?