Skip to content
The benefits of moving from British Columbia to Alberta are many and varied. The lower cost of living, good job opportunities, and rational real estate market are all positive factors. If you are considering relocating to another province, consider moving to Alberta from BC. You will find respite from high costs. For example, West Vancouver is the most expensive municipality in Metro Vancouver. It’s 10x the price of housing in most of Alberta’s cities.

This article will cover some of the advantages and disadvantages of living in both provinces in Canada. But, before you decide to move to Alberta, make sure you research the province thoroughly. 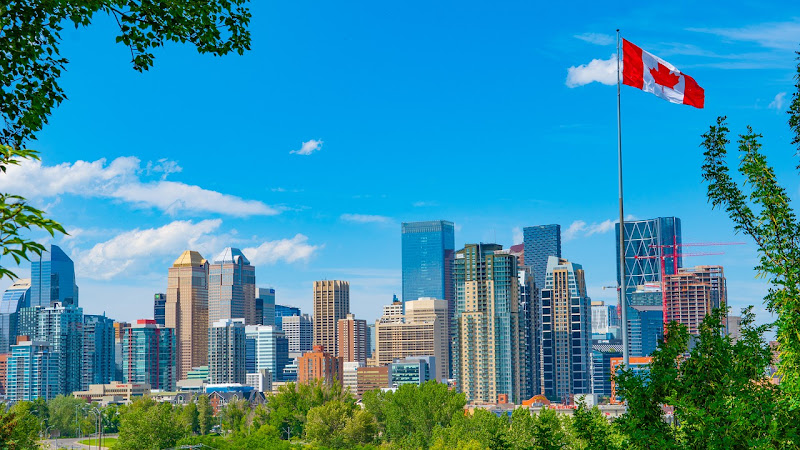 Is it cheaper to live in British Columbia or Alberta?

The cost of living in Alberta is lower than in B.C., and the difference is significant. Many young professionals are moving out of B.C. because of the volatile housing market and lack of stability. Many young people feel that it is too expensive to buy property in Vancouver. It is also one of the most expensive Canadian cities including an expensive city with cost of housing, like most major cities in North America like Quebec City. The average cost of a house in Calgary is only half the price of a comparable house in Vancouver. For this reason, affordability is the driving factor behind most people’s decision to move, as its well below the national average.

The living costs in Alberta varies, depending on your income and where you live. Public transportation costs are C$115 (monthly costs), and entertainment costs are C$275 a year. The average worker in Alberta makes $8,000 more than in Ontario.

Another important consideration is the cost of real estate in Alberta. While the average cost of living in BC is high, Alberta’s real estate is more reasonable. Most Albertans live in a house of 2,000 – 3,500 square feet. The price of houses have not moved as much as its neighbouring province. Whether you’re looking for a suburban home with a backyard, or a spacious condo, you’ll find the right home for your needs. And if you’re planning on raising a family, you’ll want to consider a home with space.

Cost of Rent & Rent prices from city to city

The cost of dining out is about the same as in BC and Groceries cost is also about the same. Entertainment is also less expensive than in B.C. Groceries are C$377 per month. There is really no affordable cost of food in either province and from city to city.

Public Transportation is cheaper in Alberta.

In addition to lower food prices and no provincial sales tax, residents enjoy a relatively modest cost of living. It is also easier to find a place to live, since the housing costs are low across the province. While the cost of food in Alberta is higher than in British Co., the overall quality of living in the province is better. It’s not cheap to move to this part of the country.

This would be especially worthwhile for families with multiple young children, considering the cost of childcare. You may save thousands of dollars per year if you move to Alberta. This province has one of the lowest cost of all its largest province neighbours.

The economy in British Columbia is strong, with a low unemployment rate – under five percent – and is expected to add over half a million new jobs over the next few years. With a diversified economy, you are sure to find a great job. Vancouver is a major port city that handles over $200 million worth of cargo every day. The province also has a thriving biotechnology industry and is home to the largest forestry in North America.

The economy in Alberta is also healthy. The largest city is Calgary and its an amazing city. Unemployment is low in Alberta, and the province is expected to create nearly half a million new jobs in the next few years. Its economy is diverse and booming, with high-tech, film, and energy sectors. For those who are looking to find employment, the province has a good job market. However, for those who are not in the oil industry, there will be a steep learning curve.

The first thing that you’ll notice when you visit Edmonton is the affordability of housing. The cost of living index here is low and compared to the capital city the average house prices are around $316,000, which is less than one quarter the average price of a comparable house in Vancouver. Gas prices are also much lower in Edmonton than in Vancouver, and there is no Provincial Sales Tax. This is one of the most affordable cities in Canada.

You’ll also be able to enjoy a healthier lifestyle in Edmonton, as the city has the largest parkland area in Canada, 22 times bigger than Central Park in New York City. The river valley is also home to the longest connected urban parkland. Walking, cycling and jogging through these parks is a common activity for residents, and many neighbourhoods have multi-use trails.

Gas prices and insurance rates are comparable in Edmonton, and public transit costs are also similar. A monthly transit fare for an individual under 25 is $72 versus $100 for an adult. Food costs are comparable in both cities, and are estimated to be $377 per month for an average family of four. Despite their affordability, Vancouver is one of the most expensive places to live in Canada. 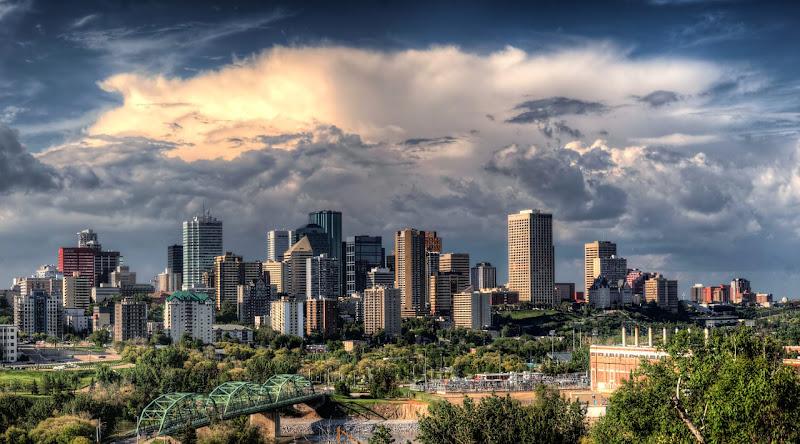 The monthly rent in Edmonton is an average rent of CAD$941 for a one-bedroom apartment and CAN$1,103 for a two-bedroom apartment. The price of renting a three-bedroom home in the city of Edmonton is CAD$1,396. That is super reasonable compared to other expensive provinces, especially if you are a single person.

If you are looking for a new place to live, Edmonton is a great choice. The average cost of living in Canada is higher than in most other countries, and the Canadian province has the highest average salary in the country. Despite the high cost of living in Vancouver, living in Edmonton is cheaper than in the Canadian capital. With less expensive rent, you’ll be able to enjoy the city’s many outdoor activities without breaking your budget.

Vancouver is one expensive city, well above the national average with monthly costs soaring including the cost of rent. The rent cost per month is 1300 dollars for a bachelor apartment, $1800 for a two bedroom unit, $2300 for a 3-bedroom apartment, or $4,500 for a single family home. Although rents are expensive in Vancouver and BC the price of electric and communications services are lower than that of the average across all countries.

The cost of a monthly transit pass will depend on the location in the Vancouver area you intend to commute to, and ranges between $100 and $180 per month. 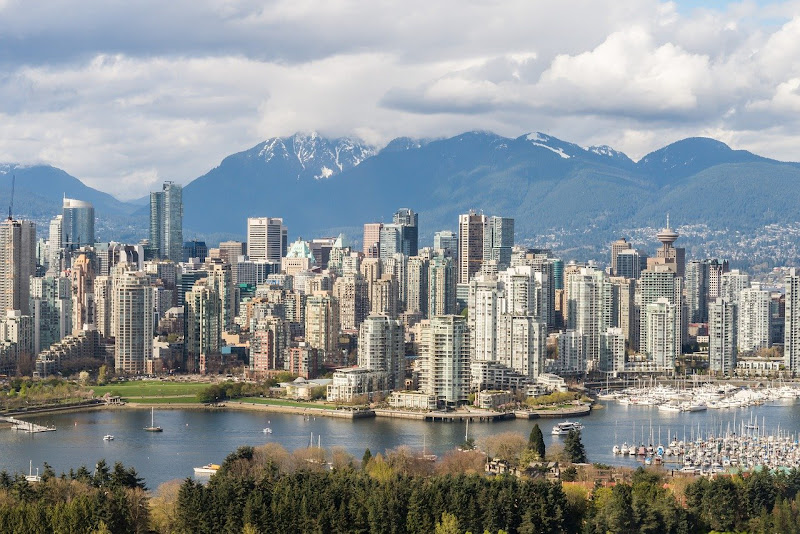 How to move from British Columbia to Alberta

If you’re moving from British Columbia to Alberta, you may be wondering how to make the transition smoothly. There are many factors to consider, including cost, transportation, and housing. Here are some things to keep in mind. First, remember that the cost of living in British Columbia is higher than in Alberta. While provincial taxes may be lower in Alberta, the costs of food and utilities can be considerably higher.

The cost of living is significantly lower in Alberta, and it’s not unusual to find a lower cost of living here than in British Columbia. BC Hydro is the primary natural gas and electricity provider in the province. Shaw, Telus, and MSP are the main television and internet service providers. Getting a new phone line can also be a major challenge. These are some of the challenges, but moving to BC can be a huge step in a new life.

A job is a major factor in deciding to move to a new province. Whether you’re a student or a professional, finding a great job in a new city is essential to a successful transition. Both provinces have large metropolitan areas and abundant natural resources, so finding a good job is not difficult. Aside from affordability, other factors to consider include safety and accessibility. The best place to work is close to your home.

There are many advantages of Alberta living, including a low cost of living and reasonable housing. For example, British Columbia is home to North America’s largest mall, and the unemployment rate is lower than in Ontario. The population is young and growing, and the quality of life is generally very high. The cost of living is low in Alberta, and you can easily afford to buy a house in the province. There are also numerous outdoor activities and beautiful natural surroundings.

Aside from these, both provinces offer similar quality of life. This is a good option for those who want to move to the city but still have an adventurous lifestyle. The weather is also very different between the two provinces. Alberta is a lot colder with many snowfalls throughout the year. BC has more temperate weather.

One of the main advantages of moving to Alberta is its relatively low cost of living. The province has a very low unemployment rate, and it is projected to create more than half a million new jobs over the next few years.

Up Digital is our leading Edmonton SEO company.