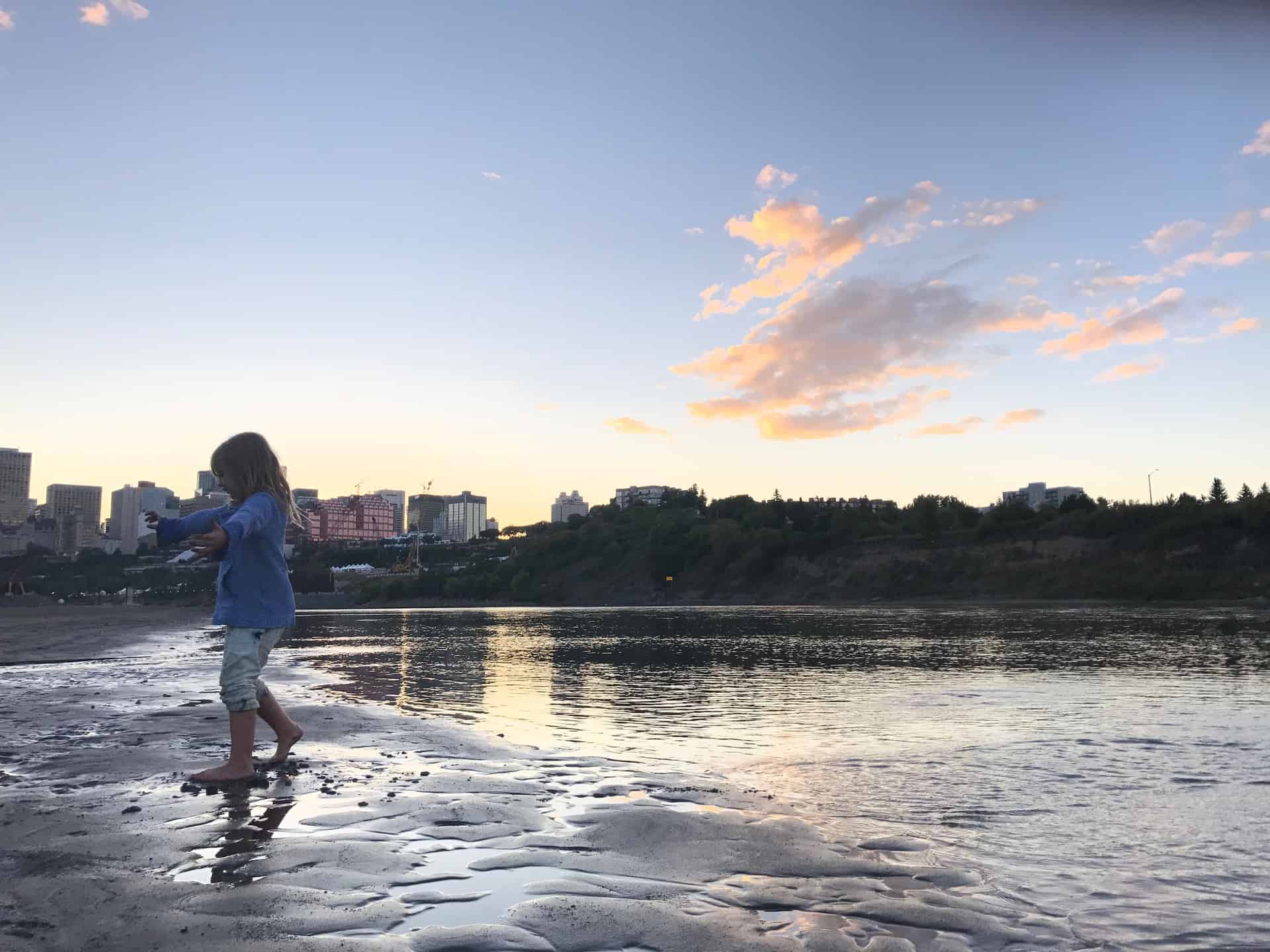 In our house, we’re trying to suck up every last bit of the summer that feels cold after sunset, and this week that meant delaying bedtime while we drove in the car, walked down a path to find this hidden beach that our social media feeds were abuzz with.

Hidden away in the Cloverdale neighbourhood is a the beach that came out of nowhere, caused by construction of an LRT bridge, further up the river.

Where to find the Edmonton Secret Beach

Park around 98th Ave and 95th Street and head east on the paved trail, switching over to the multi use trail to the left. When you reach an opening to the single track trail, switch to that and use the second spot to get down to the river, it’s much easier than the first spot you’ll pass. It’s past the birdhouse on the trail.

For an even shorter walk, park on 92nd street, and head into the paved path, on to the multi use trail and the single track to the river access.

Though safe to swim in, the currents can be quick. However, there were plenty of spots with crystal clear water, perfect for wading, throwing in rocks and building in the sand. It’s one of those places you should visit before the summer ends. 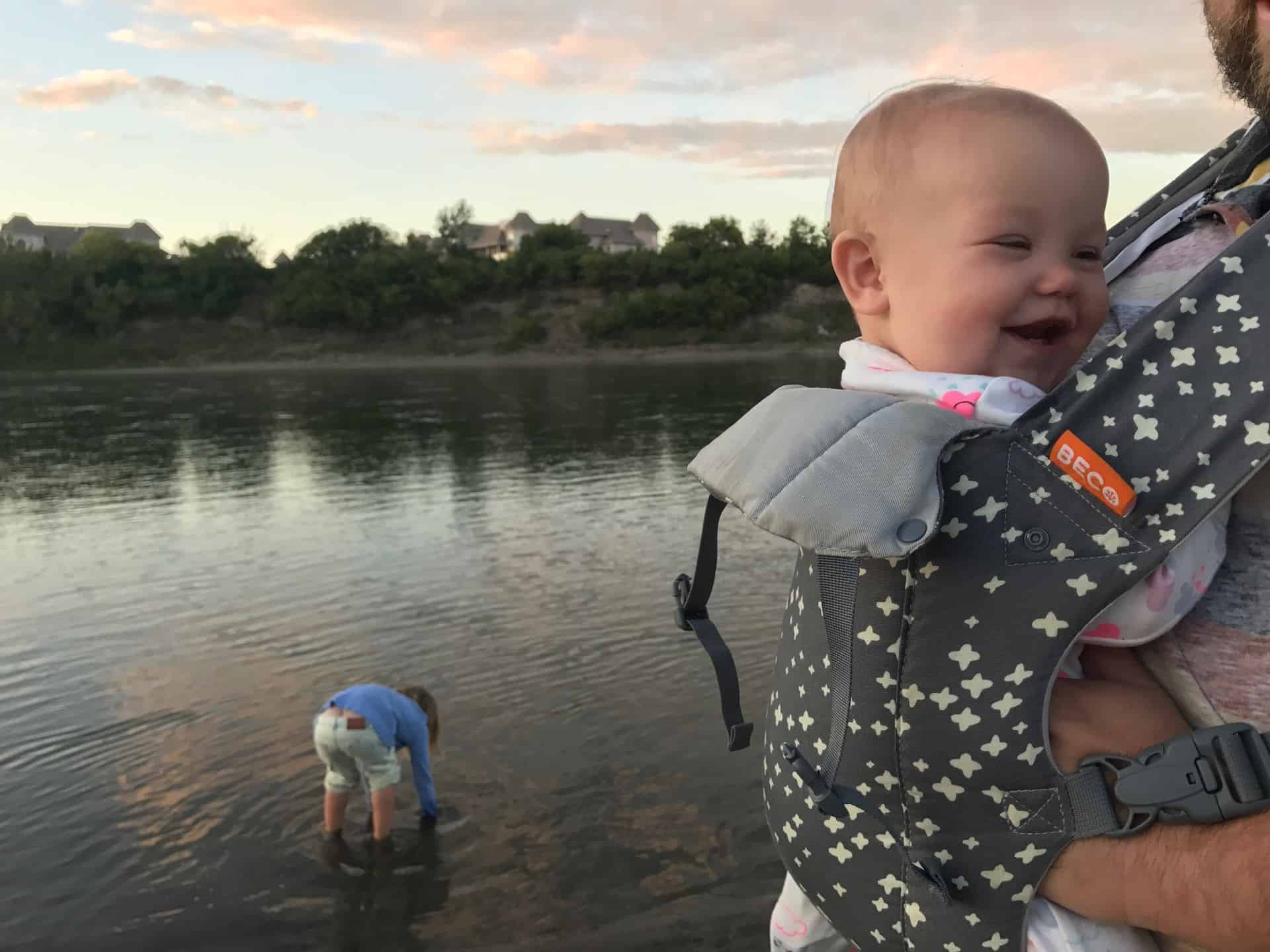 There’s a sandy beach area for the kids to play in, closer down to the shore that’s been created, and the Edmonton secret beach is surprisingly quite large and goes on for just enough time to walk down with the kids, grabbing pieces of wood that’s been dried by the sun, play in the sand, and wade in the water after they’ve written their name in the sand. 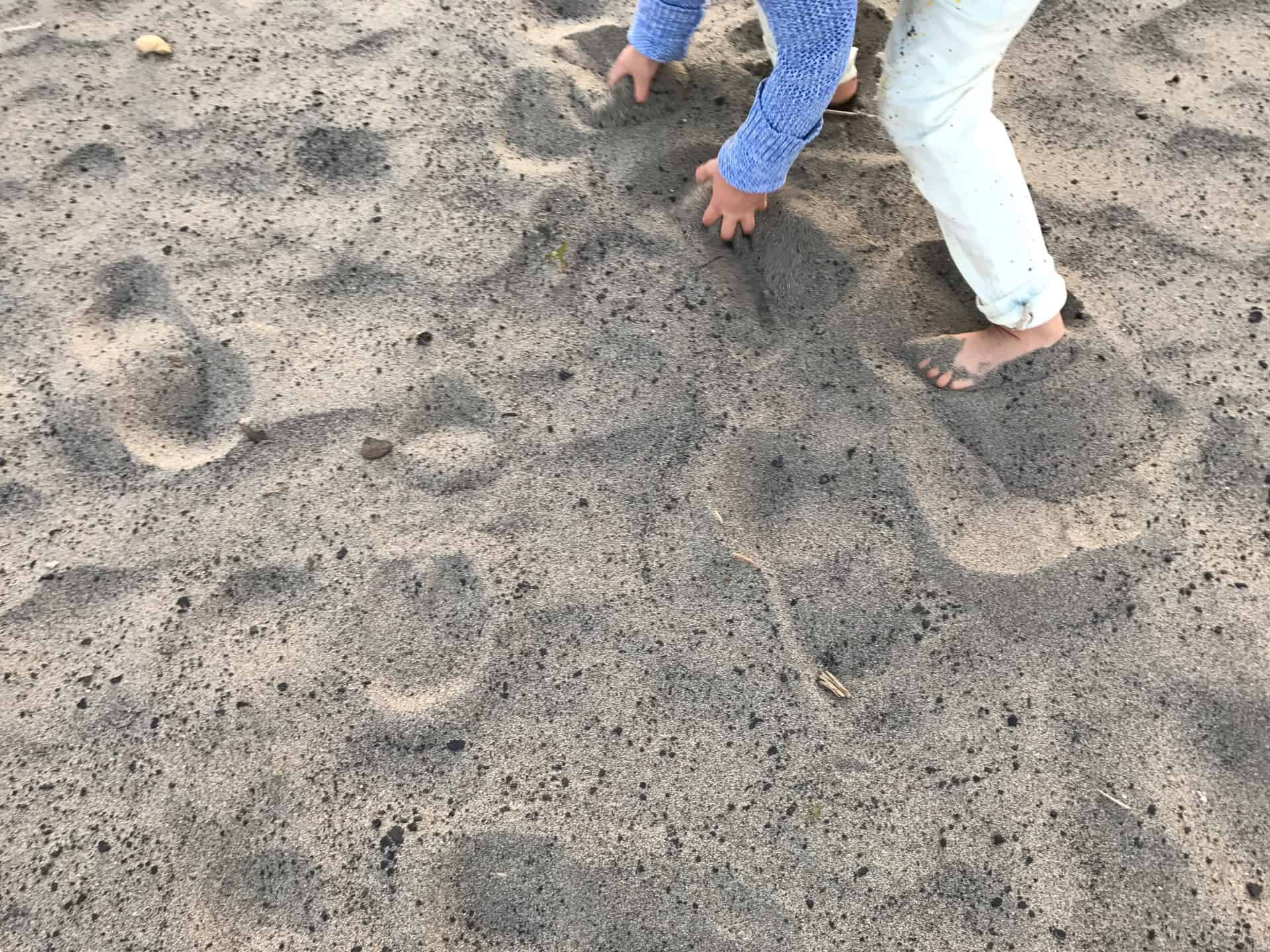 As parents, we hope this incites the city to think about some sort of permanent ‘beach’ area around the North Saskatchewan – it’s a fantastic way to feel like you’ve left the city, until you look up and get that gorgeous cityscape in the background.

Just another reason to love Edmonton.