When my kids reached the age of ‘Can I have five dollars so I can bike to 7Eleven with my friends?’ we started to  implement allowances. In our house, it was a solution to the constant ask for money to go to the store with their friends, to buy a Slurpee, for digital media, for all of those extras that add up quickly when you’re out shopping with kids.

We were curious how other parents structured allowances – whether they skipped them, and created a Family Economy in their house like Simply on Purpose, or choose a weekly amount based on chores, behaviour – both of those, or neither of those. Here’s how a handful of local parents manage allowance – or skip allowance, in their homes. 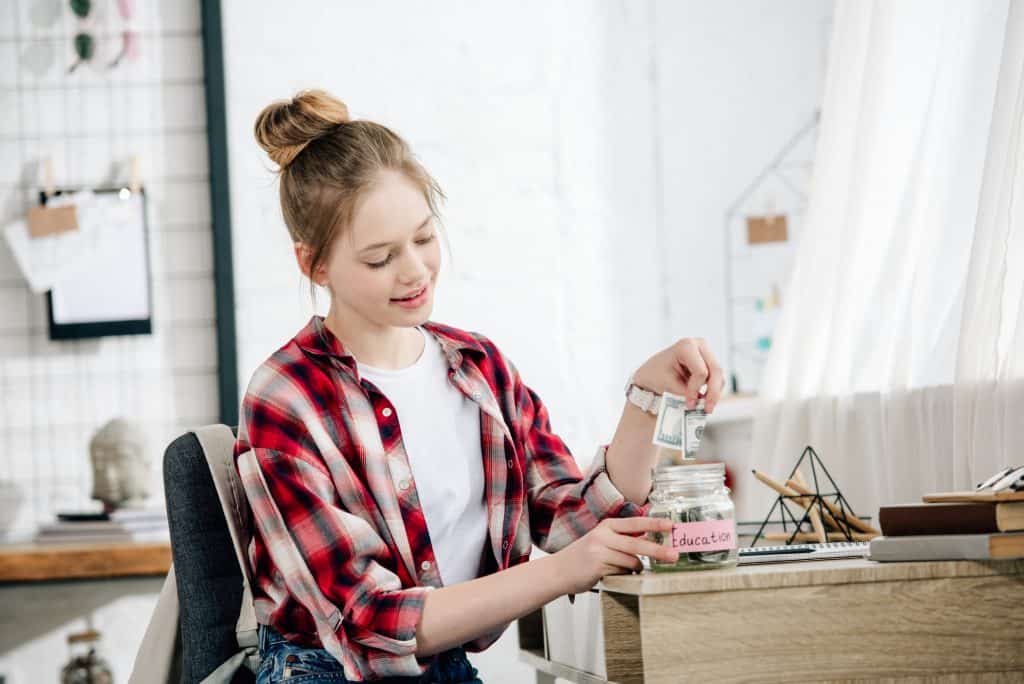 ‘We transfer it to a debit card’

We do a regular allowance for my son every two weeks. It’s based on my husbands pay schedule. My son is 8 and we just opened him his own account. We transfer $20 to him debit card each time. That money is to teach him money skills. How to spend and budget for what he wants. We don’t require him to do chores for it or have good behaviour. He does chores because he’s part of the family and he’s punished in other ways for negative behaviour. I felt it was important for him to learn to use a debit card as soon as he can. And learn it’s not a magic card with limitless funds. It runs out and will decline.
– Nikki L

We give both our children allowance. They’re ten and seven, and we use allowance to cover the costs of the extras that kids constantly ask for when you’re out and about, or when they’re starting to spend more time with friends that involve trips to the store, digital media like movies, or games on the iPad or PS4 or extras at school, like the junk they want to buy from the book fair. Our system is based on behaviour, chores and attitude.

How much does each kid earn per week? Here are the details of what a week looks like. Each kid gets $20, on Fridays. For our ten year old, five dollars of the weekly allowance is used to pay for her cell phone, 25% of the bill, and a small portion goes is to be saved. I struggled with the decision to charge her to use it, and ultimately decided to stash the extra $20 in her bank account for savings. She’s saving, she’s getting used to the idea of paying for a service – that’s the reason I don’t automatically take the $5 off of her allowance, she gets the full amount and then pays it to us.

Our goal with allowances is to teach financial and person responsibility, and it’s working! The first week they spent their entire allowance on Slurpees and last week one of our kids had almost three weeks of allowance saved up in her allowance cup! Until the end of July, ten dollars of each allowance is being used to pay for half of the cost of a Scooter that was carelessly lost. For the seven year old, five to ten dollars is saved, and the rest can be spent how she wishes.
– Lori G

In our house we don’t do a weekly allowance. I’ve always struggled with paying kids to do the things around the house that are just part of the responsibilities of being a co-habitant, ya know? Like, cleaning your room, cleaning your nasty bathroom, picking up after yourself, unloading and reloading the dishwasher (you eat here too, don’t you?). That’s always kind of been my attitude. We will occasionally offer a monetary reward for a job over and above their usual expected chores, but attitude and effort matter. I just don’t like the idea of offering money for tasks that one day will be required of them whether they get paid or not… like, cleaning the bathroom. Sorry sons, but if you’re going to pee standing up, you either improve your aim, or get to scrubbing. That lesson will carry with them a lot longer than $2.
– Evie W

I read something interesting once about money/allowance and chores. Basically it said that money shouldn’t be tied to chores or how hard someone works because that isn’t reflective of how society functions. Think salary of a stay at home mom or a preschool teacher… they work extremely hard but that doesn’t mean they make any or a substantial amount of money. I think it was Barbara Coloroso and it always stuck with me.

When we initiate allowance it will just be a set amount of money given weekly just for being part of the family. No strings attached. I like the idea of having to split it three ways (save spend donate) but it won’t be tied to behaviour or chores. It will mostly be about teaching financial literacy.
– Chelsea

My kids are 15, 11, 9 and 5. They won’t get an allowance, and they’ve never gotten an allowance. If they want to make extra money they can find ways to earn money. They’re expected to do chores because they live in our house and we’re not going to reward them with that. Money from holidays and birthdays is saved in a bank account, with the exception of a small portion that can be used to purchase something they want. All of their needs are taken care of, they don’t need the extra money.
– Janice R.

Allowances, in my opinion, should just be given, no restrictions. Not dependant on chores or behaviour.

It’s a great idea to spend half and save half or spend and the rest is towards one of their choices like a phone as you’ve said BUT allowances, in my opinion, should just be given, no restrictions. Not dependant on chores or behaviour.

We do a Reverse Allowance

We do a reversed allowance. They start the week with $5. If they forget to do what is their responsibility or have cruddy attitudes they lose money. If they get good grades or go above and beyond they can earn extra money.  If by the Saturday they don’t have any money left for the week they aren’t allowed video games until they are in the positive. My husband just tracks it all on his phone throughout the week. The boys (7,10,12) respond well to it with the mixture of consequence and reward.
– Holly

What’s your take on allowance? Weigh in over on Facebook for the discussion.