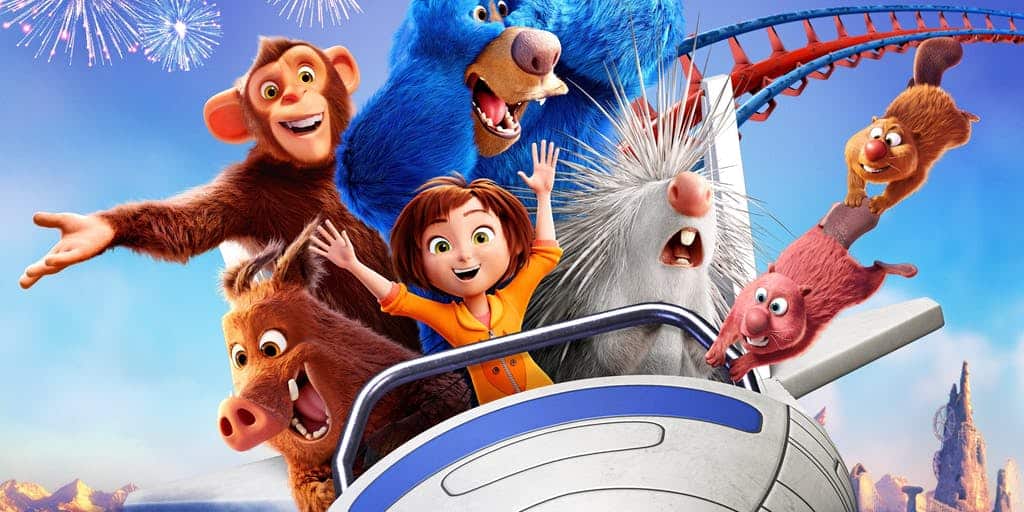 Wonder Park tells the story of a magnificent amusement park where the imagination of a wildly creative girl named June comes alive.

We took the kids to the new Wonder Park movie this evening, and there is something you need to know before you go –

Wonder Park starts out great. The main character is an 8 year old girl named June, who has created an imaginary theme park with her mother, called Wonder Park. June and her mother have spent hours and hours inventing, building and adding to Wonderland. It’s something that they really bond over, which is evident, as the park eventually overflows from June’s room, into the hallway, down their stairs, and into the living room.

A bunch of awesome stuff happens in-between June’s mother leaving to go get treatment, and what I am about to tell you… but just so you know… so you’re not sitting (literally) on the edge of your seat throughout the movie, wondering why Nickelodeon would want to traumatize your children…

June’s mother returns home at the end of the movie. Happy and healthy. Thank goodness.

Anyways, this movie is otherwise great. June is this super cool kid with a chipped tooth and messy hair, who loves using her imagination. After her mom leaves for treatment, June stops playing with Wonder Park. It’s just too painful for her. But one day, when June decides to escape math-camp and begins her journey home by cutting through a forest, June realizes that her theme park has come alive. Not only is Wonder Park real, and right in front of her, but it’s also at risk of being destroyed by Chimpanzombies! Together with her friends that she once imagined with her mother, June tries to save Wonder Park.

The movie is an hour and 26 minutes, and jam-packed to keep even the shortest attention spans, entertained. My 5.5 year old, 3.5 year old, and almost 2 year old were enthralled with the show, and I really appreciated the underlying message about the power of imagination.

My older two kids have already asked when we can watch Wonder Park again, so I would definitely recommend it. This movie is rated PG, and so Parental Guidance Suggested. Some material may not be suitable for children. Parents urged to give “parental guidance”.